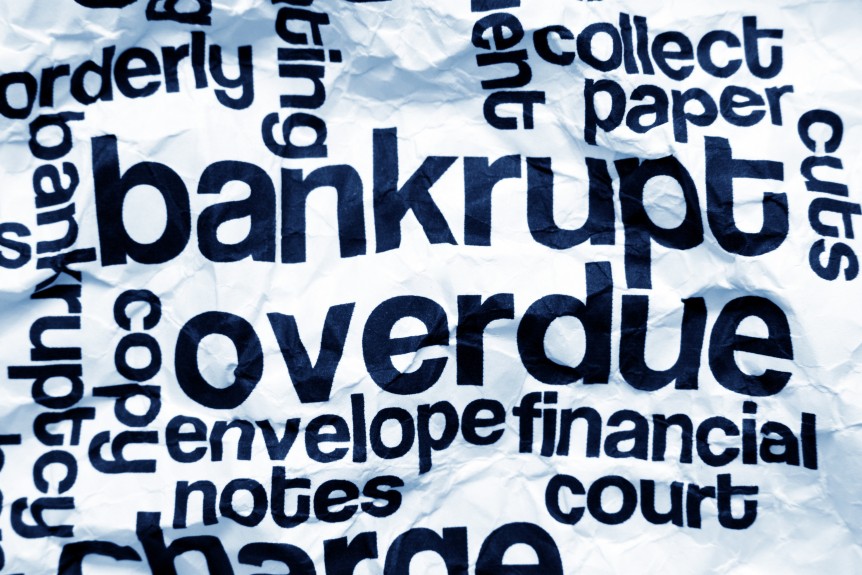 Bankruptcy is not something most people consider with eagerness. It is a last resort, to be sure, but the correct choice for many individuals and families needing a fresh financial start. Much of the fear surrounding bankruptcy is based upon myths and misconceptions about bankruptcy law. Below are five common bankruptcy myths that can be easily dismissed.

The 2005 Bankruptcy Reform Law eliminated bankruptcy as an option for most people. It is true Congress passed a major reform of the Bankruptcy Code in 2005 called the Bankruptcy Abuse Prevention and Consumer Protection Act (BAPCPA). Many rules and procedures were changed with these bankruptcy laws, which made filing bankruptcy more complicated. As a result, many attorneys who only dabbled in the field stopped handling bankruptcy cases. Those firms and lawyers, such as RGG Law, who dedicated themselves to mastering the new law, however, are still around to help those who need it. There are new requirements that may preclude some higher income persons from filing a chapter 7 bankruptcy case, but chapter 13 bankruptcy remains available in most cases to such debtors. Most of the rumors about BAPCPA are false. Indeed, each year well over a million persons file bankruptcy in the United States and find needed relief from their debts.

If I file bankruptcy, I will automatically lose all my assets (or, specifically, my house, or my car). The loss of assets in bankruptcy is a possibility but not something experienced by most people who file bankruptcy. Those who file chapter 13 bankruptcy cases never lose an asset. Chapter 7 bankruptcy cases can result in the liquidation of assets, but most debtors either have little equity in major assets such as houses and cars or the equity they have in these or lesser assets are protected by exemptions noted in state law. Each and every case is different. Those with unusual assets of significant value which are not exempt may end up losing something. Most debtors end up with “no asset” cases, meaning no assets are liquidated at all. Consulting with one of the qualified bankruptcy lawyers at RGG Law is the best way to determine if you risk the loss of any asset.

If I file bankruptcy, I will never have access to credit again. With any bankruptcy filing, your credit report will note for 10 years that a bankruptcy case was filed. However, this also means that the debts discharged in your case will show a zero balance. Creditors also generally know you will not be permitted to file another bankruptcy for several years by law. For example, if you file a chapter 7 bankruptcy, you are not permitted to file another chapter 7 case for 8 years. As a result, many creditors consider someone with a fresh start following bankruptcy to be a good risk. You will almost immediately be targeted with offers of new credit. Of course, every creditor has their own rules for extending credit and factors such as income can be very important. As a general rule, bankruptcy may improve your access to credit. Obviously, it is important to be careful about incurring new debt as you will be at the mercy of creditors for many years should you borrow more than you can repay.

Bankruptcy is dishonest or irresponsible. The relief provided by bankruptcy is the result of bankruptcy laws passed by Congress, which created such laws per a specific mandate in Article I of the Constitution enumerating the powers of the Congress. It is a legal process created to allow debtors to achieve a fresh start from lawfully owed debts. Without such a safety valve, an individual could find themselves literally a slave to their debts, whether by their own mistake or independent misfortune. The founders of our nation believed in giving people second chances.
Liberating someone from the crushing burden of debts they cannot pay allows them to move forward from a hopeless situation and become a productive and motivated member of society. Sometimes the most responsible thing to do is to take charge of an impossible debt situation and seek the relief provided by law so you can adequately provide for your family and your future. If you want to judge yourself, judge yourself by what you do with the second chance bankruptcy provides.

Bankruptcy will cancel all my debts. While bankruptcy certainly can discharge, or cancel, most debts, there are definitely some significant types of debts which are not dischargeable under the bankruptcy law. Generally, tax debts, student loans, and domestic support obligations cannot be cancelled. There are exceptions, but they are rare. On the other hand, most credit card debts, business debts, medical bills, and other consumer debts can be cancelled. If you are uncertain whether a particular debt can be discharged in bankruptcy, consult a qualified attorney who is knowledgeable about bankruptcy law.