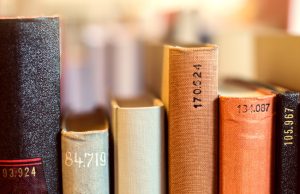 Bankruptcy law is a complicated subject that requires years of study. If you have to file bankruptcy, it is a good idea to hire a bankruptcy lawyer that has experience navigating the intricacies of bankruptcy law. Even though you may not be an experienced bankruptcy lawyer, it doesn’t mean that you can’t have at least a basic knowledge of why bankruptcy works the way that it does. One of the best ways to get an understanding of a subject is to take a look back at its history.

Bankruptcy law in the United States began at the ratification of the Constitution in 1787. Article I gave Congress the power to create federal bankruptcy laws that are uniform across the nation. However, the first national law regarding bankruptcy was not established until 1800. Many states had created laws on bankruptcy during that time and many allowed the person who owed the debt to be imprisoned.

The Bankruptcy Act of 1800 focused on bankruptcy for businesses only and had no designations for individuals who had to file bankruptcy. This bankruptcy law only covered involuntary bankruptcy. Because many people considered the law easily corruptible, it was repealed just three years later leaving the states to manage their own bankruptcy laws.

The next two bankruptcy laws were put in place during times of nationwide financial panic. The Bankruptcy Act of 1841 was introduced after a financial panic in 1837. This was when voluntary bankruptcies were first introduced and also allowed individuals to file bankruptcy, not just businesses. The next bankruptcy law was introduced after the Civil War. The Bankruptcy Act of 1867 created both voluntary and involuntary bankruptcies for individuals and businesses. Each law had a variety of problems and was repealed a few years after it was established.

The Establishment of Better Laws

The Bankruptcy Reform Act of 1978 was the next part in the history of the US bankruptcy system. This law made huge changes to the previous law and established the Bankruptcy Code. It was changed again in 2005 through the Bankruptcy Abuse Prevention and Consumer Protection Act. This Act introduced the means test that determines if someone can file for Chapter 7 bankruptcy or Chapter 13 bankruptcy. The 2005 Act also established mandatory debtor education courses for individuals who were filing bankruptcy. The laws have been amended slightly since 2005, but still remain in effect.

If you are considering filing for bankruptcy, contact us at RGG Law. Our experienced bankruptcy lawyers will take you through each step of the process and make sure you get your life back on track as soon as possible. Your first consultation with our team is free! Schedule your appointment with RGG Law today.