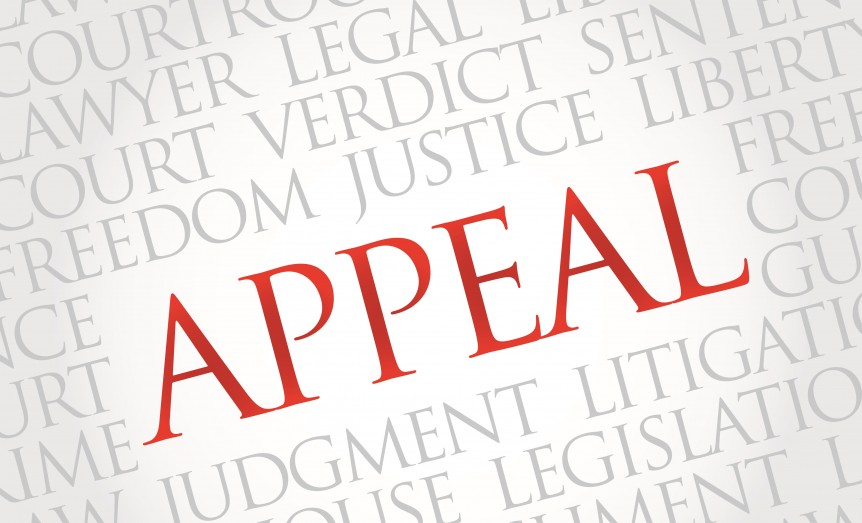 Applying for disability benefits with the Social Security Administration is often a series of steps, one Social Security disability appeal after another. RGG Law understands that knowing what to expect and what comes next is important. Here is an overview of those steps for easy reference.

What the Social Security Disability Appeal Process Looks Like

When a person files for disability they can do so by going to the Social Security Administration office nearest them, calling the SSA on their toll-free number or applying online at www.ssa.gov (online claims are limited to Disability Insurance Benefit claims). Many things happen at this first step. The agency usually gathers medical records identified by the claimant. Sometimes a person is sent to one or more consultative examiners at the government’s expense and these doctors send a report to the agency. There is also a great deal of paperwork to complete, including information about doctors, medications, and daily activities. While statistics vary from year to year and month to month, on average only 20% or so of those who apply are approved at this first step. The vast majority of claims are denied, which can be very discouraging. Knowing this in advance, however, puts things in perspective. The answer is to submit a Social Security disability appeal and take the claim to the next level of review.

After receiving a reconsideration denial (or an initial denial in Missouri), the claimant may request an Administrative Law Judge Hearing. This hearing is the step at which claimants have the best chance to win their case in the entire process. The decision-maker is a lawyer and, therefore, a serious-minded professional who cares about their reputation as a judge. The hearing is usually done in person or by video teleconference, allowing personal contact between the judge and the claimant, which many feel makes you more of a real person in the mind of the decision-maker and not just a file. The judge at the hearing level is also required to prepare a detailed written decision which discusses the evidence in your case and explains why the judge reached their conclusion, which is much more than the form letter generated at the earlier steps in the Social Security disability appeals process. Finally, while the Administrative Law Judge (ALJ) is employed by the agency, they have a lifetime appointment and enjoy a measure of independence. In other words, they are allowed to make up their own mind without undue pressure from anyone else. Of course, having an attorney with you during a hearing increases your chances of success. Should you receive an unfavorable decision from the ALJ, however, this is not the end of the process.

If you receive an Unfavorable ALJ Decision, you can appeal this decision to the Appeals Council of the Social Security Administration. This is a panel of administrative appellate decision-makers who review ALJ decisions from all across the country. Additional evidence may be submitted as part of this Social Security disability appeal if needed. While the agency’s own statistics indicate the appeals council upholds the unfavorable decision about 75% of the time, if a legal error can be shown, the council has the authority either to award benefits themselves or send a case back for a new hearing (which is called a remand). The decision by the appeals council is considered the final decision of the commissioner of Social Security in a disability case. This is not, however, the end of the road in the Social Security disability appeals process.

If the appeals council denies a request for review of an unfavorable ALJ decision, this final decision of the commissioner can be appealed by filing a civil action (private lawsuit) in United States District Court. The Social Security Act itself provides this for this procedure to appeal the commissioner’s adverse decisions. In the event your case is appealed in this manner, a federal judge will review the decision by Social Security Administration and decide whether or not to uphold that decision. The judge will decide whether to reverse it and award benefits to you, or whether to reverse it and send the case back for a new hearing (which is referred to as a remand). You do not have to appear in court at this step. The record is also closed to new evidence at this point. The appeal consists of lawyers on both sides arguing in written briefs why the ALJ decision was or was not legally sound.

There are Social Security disability appeal deadlines to be mindful of at each step. Most of the time, there is a 60-day deadline in which to file an appeal of any adverse decision. The notice of any decision always states clearly the time in which an appeal may be filed.

How long each step takes can vary widely. We can only estimate these time-frames. In most places, it still takes a year or so from the time an ALJ Hearing is requested before such a hearing is scheduled. This is due to a persistent backlog of cases waiting for a hearing. The appeals council takes as little as 3 months in some cases, but more than a year in others (there is no clear indicator of why these wait times vary). During an appeal in federal court, it may take 6 months to a year to get a decision. To be sure, it is a long process and every effort should be made to win at the earliest possible step.